Even on large steep rocks, performing a wall ride will optimize your grip transversally for a quick ride, up an obstacle that would be too steep if you tried with a frontal approach. A curved wall ride can also boost your speed on a short run-up distance. Learn this on a slanted wall, something that lets you ride up progressively, before you try onto steeper walls. 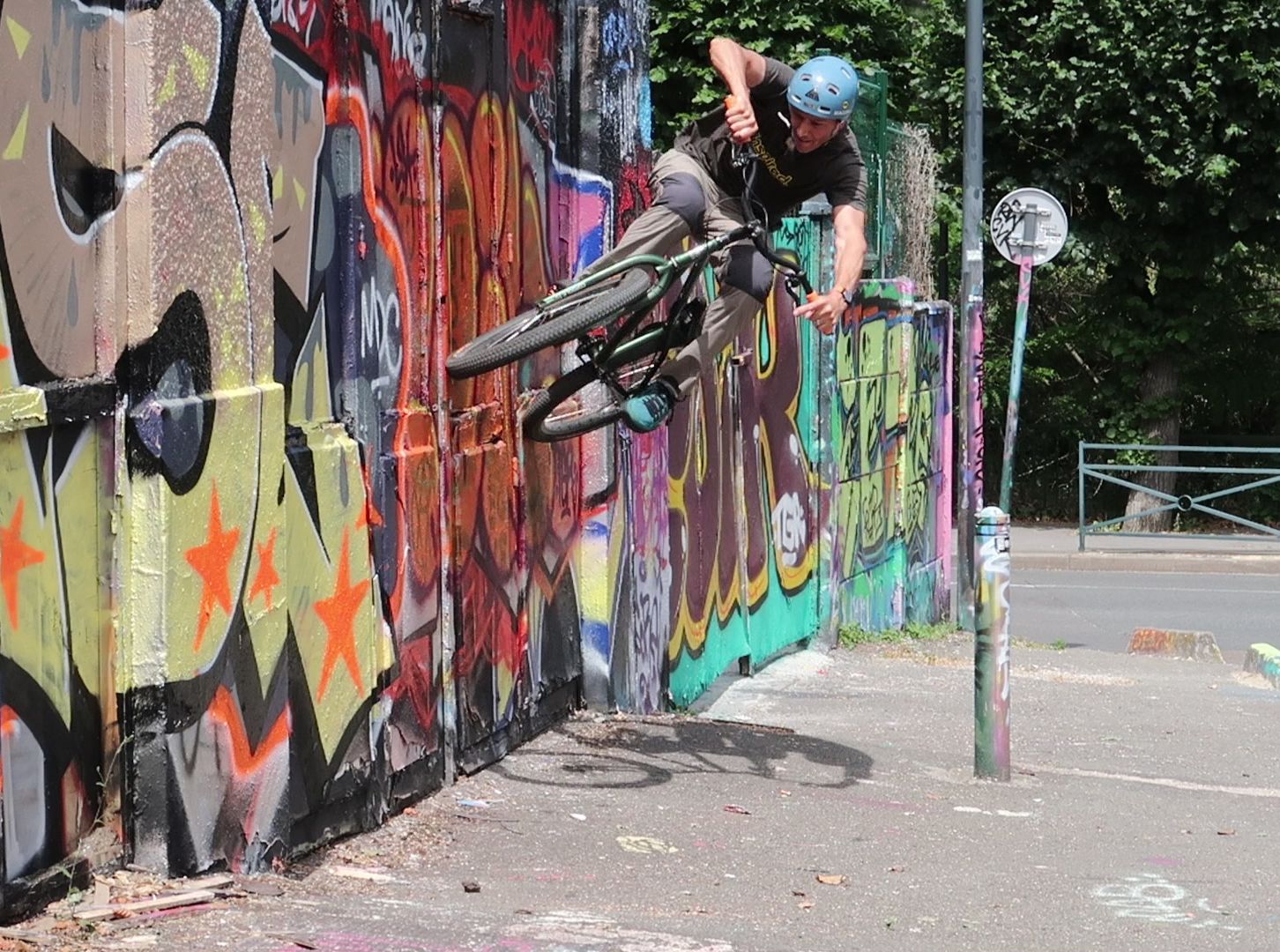 Tilt the bike to get those tyres rolling.

Approach the wall at a good pace, at an angle of about 45° to its base.
The farther and higher you want to ride while cheating gravity, the more momentum you need hence the faster you must go. This is where the higher gear ratio of street bikes or BMXs come in handy. Your momentum will help you build pressure against the wall and increase tyre friction.

If the wall is too steep to ride up progressively from its base, launch a bunny hop or a pedal up to land directly with both wheels on the wall. Just before you land, tilt the bike sideways and force the tyres to roll as perpendicular as possible to the surface when they touch down. Let the brakes loose and start crouching progressively as you roll higher and slower. 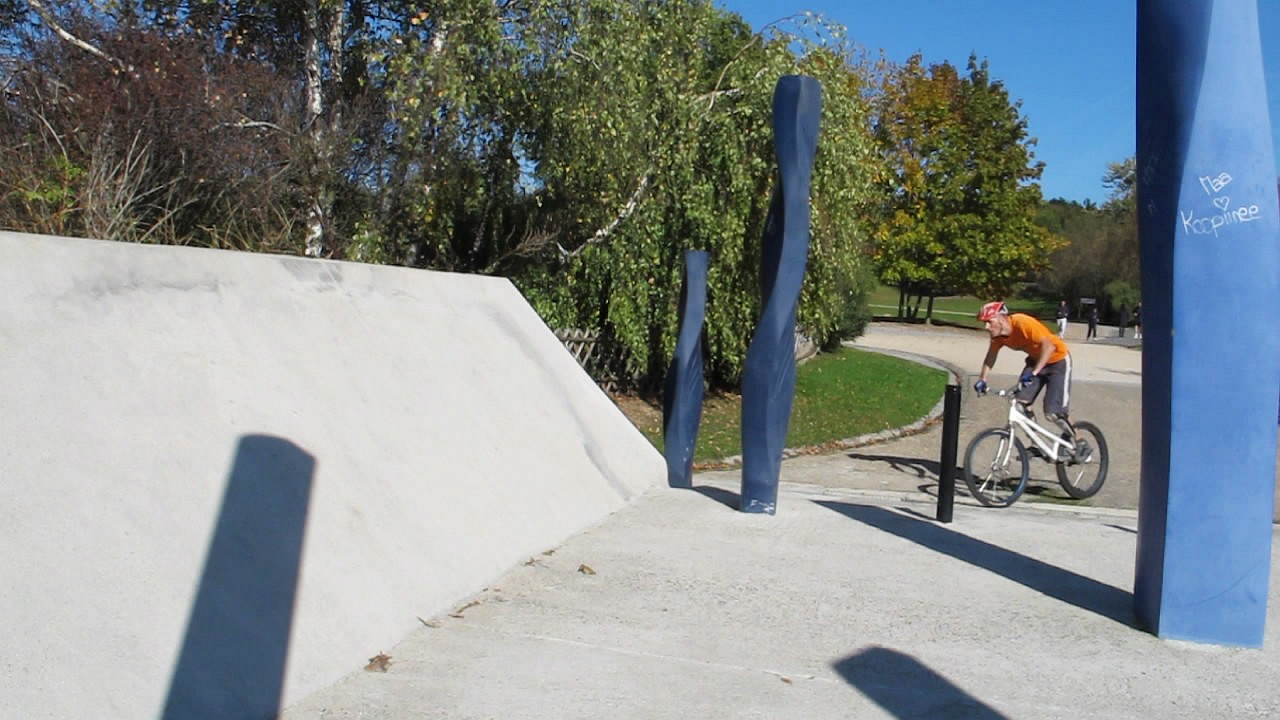 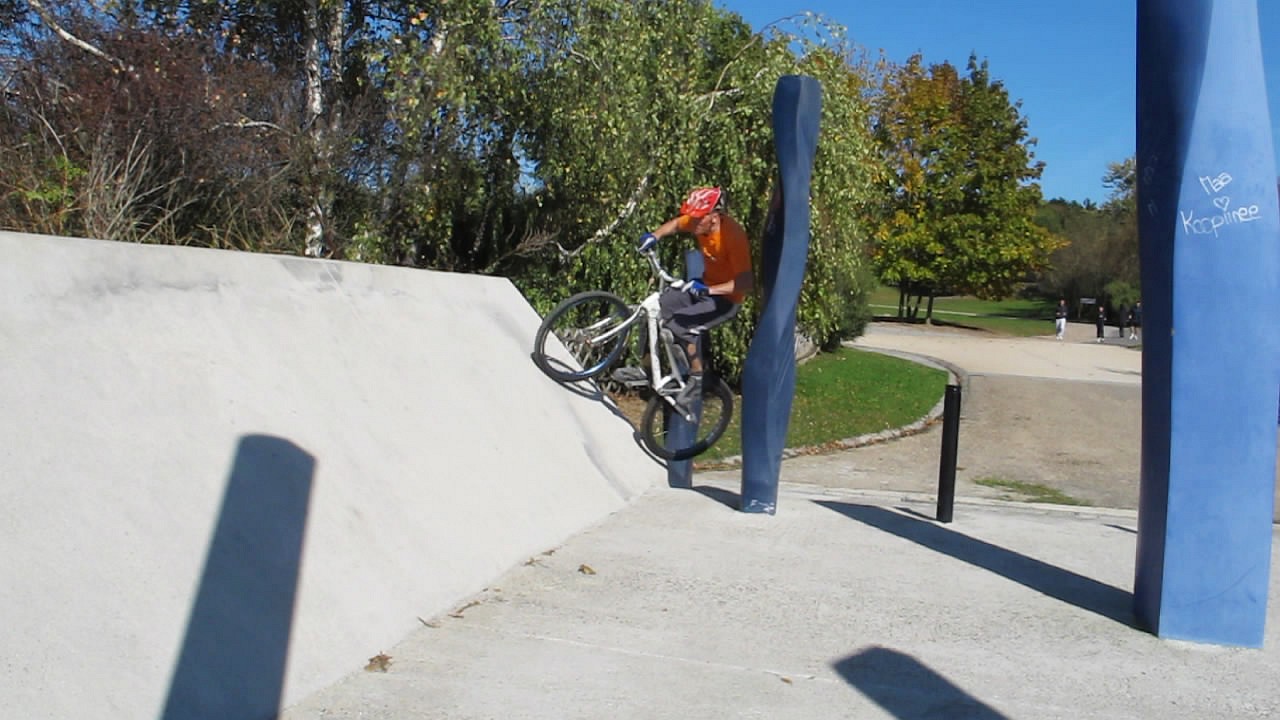 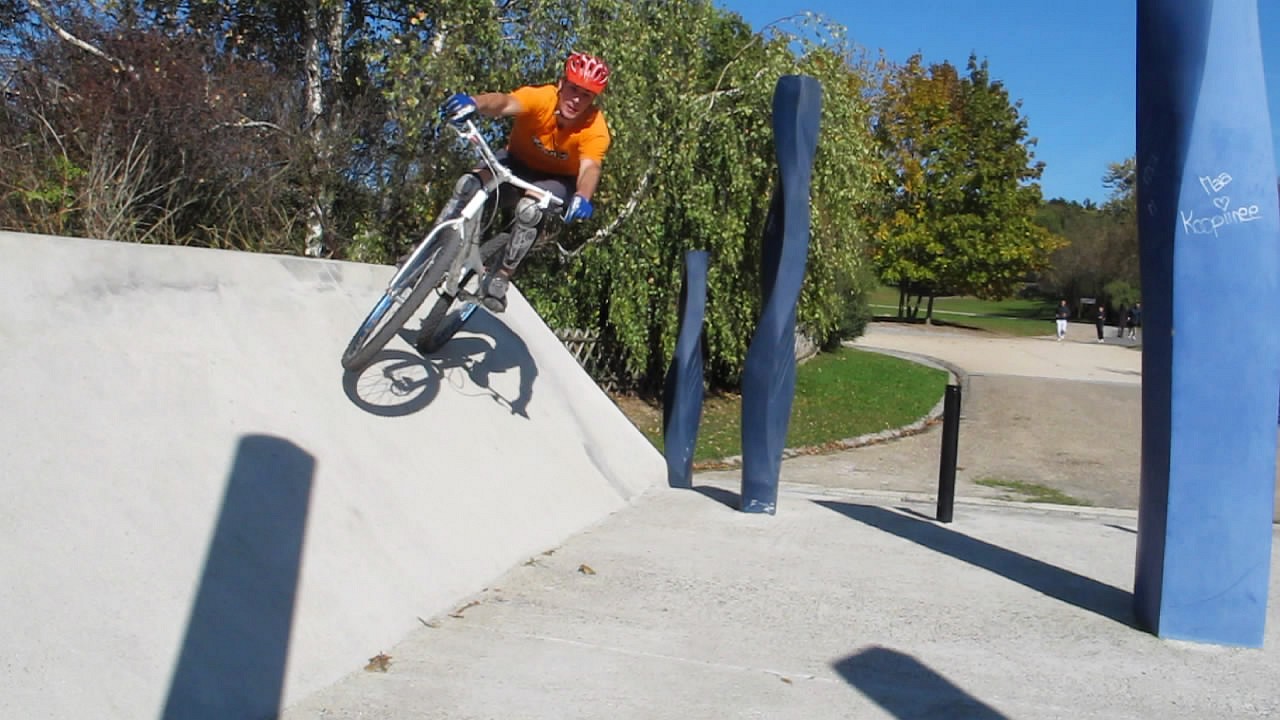 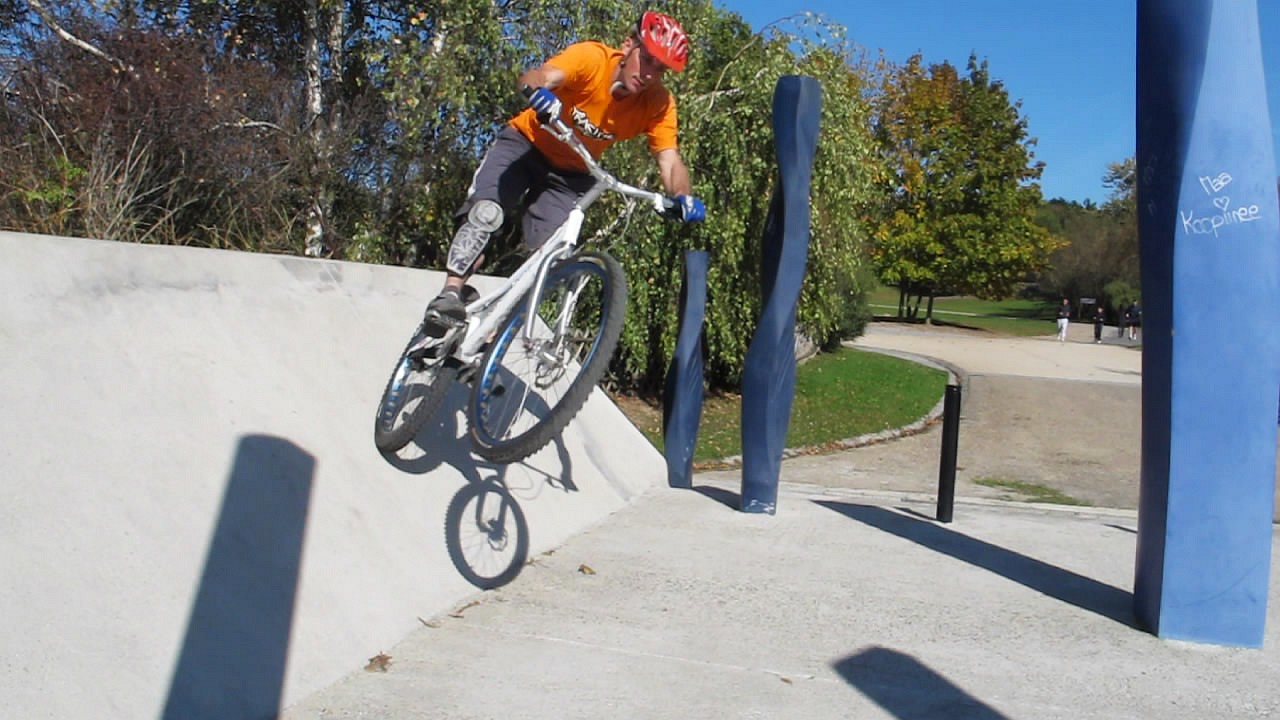 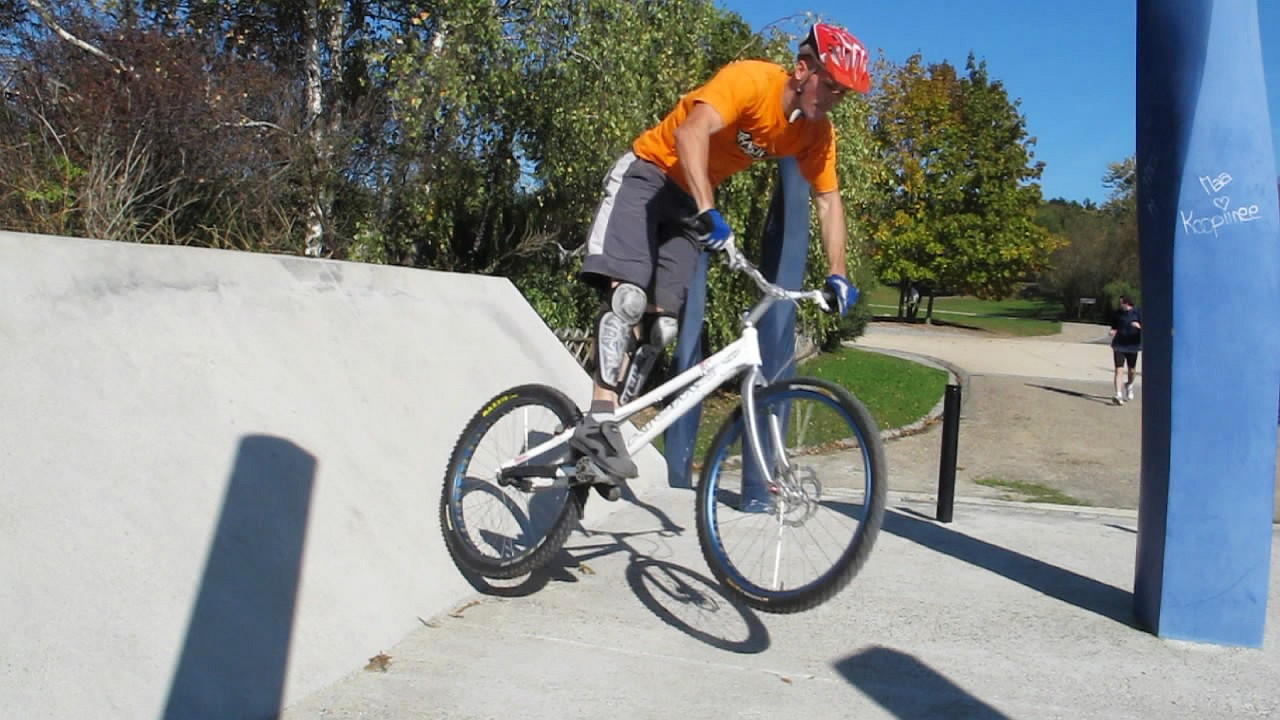 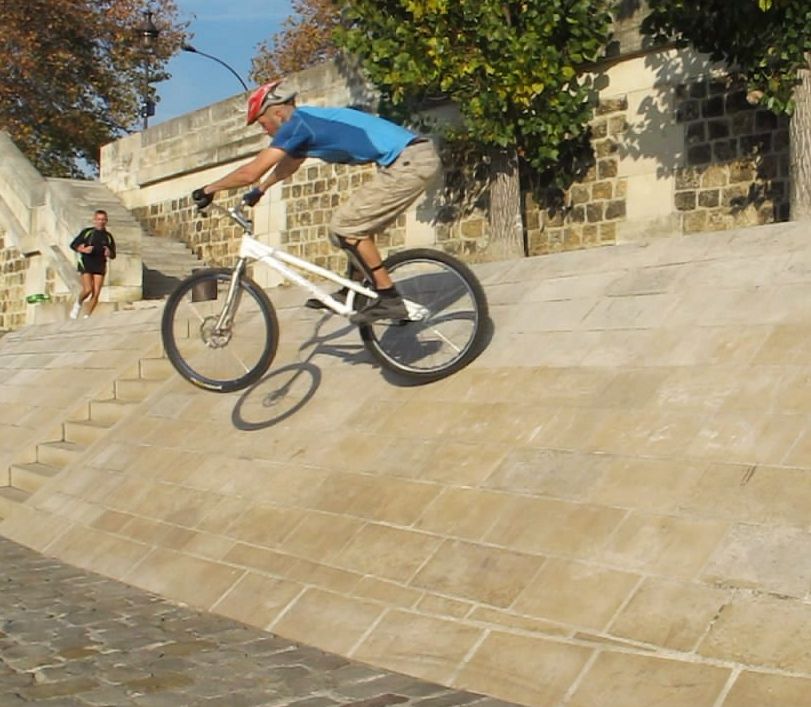 Try to visualize your path as a curve on the wall, as if you were riding up a curved BMX track with a high lip. You must build enough momentum towards the wall to feel like you would fall against it if it weren't there to support the ride. 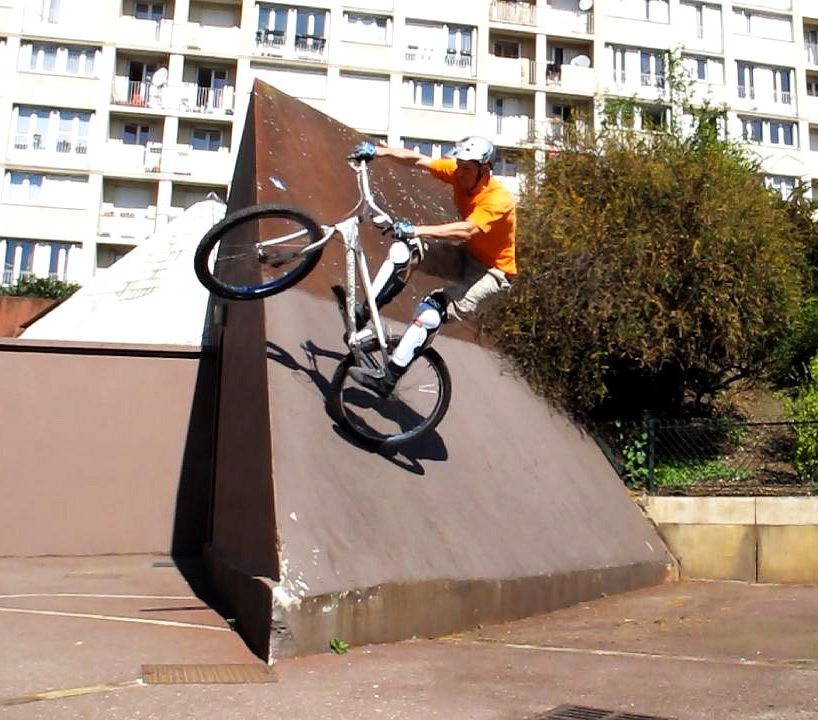 Tilt up the bike as you exit the wall ride.

Vertical wall rides are the trickiest. You must tilt the bike nearly horizontally to bring your tyres properly into contact with the wall and ride up. Practise your bunny hops with that in mind. If you approach too frontally and you slam your wheels too vertically, you won't be able to ride a curve either.
In that case, either twist back off the wall and avoid a crash on your back, or eject yourself and try to land on your feet. If you can't tilt the bike enough, your tyres will slip off the wall right down to the ground and you may just bruise your elbow or shoulder against the wall. 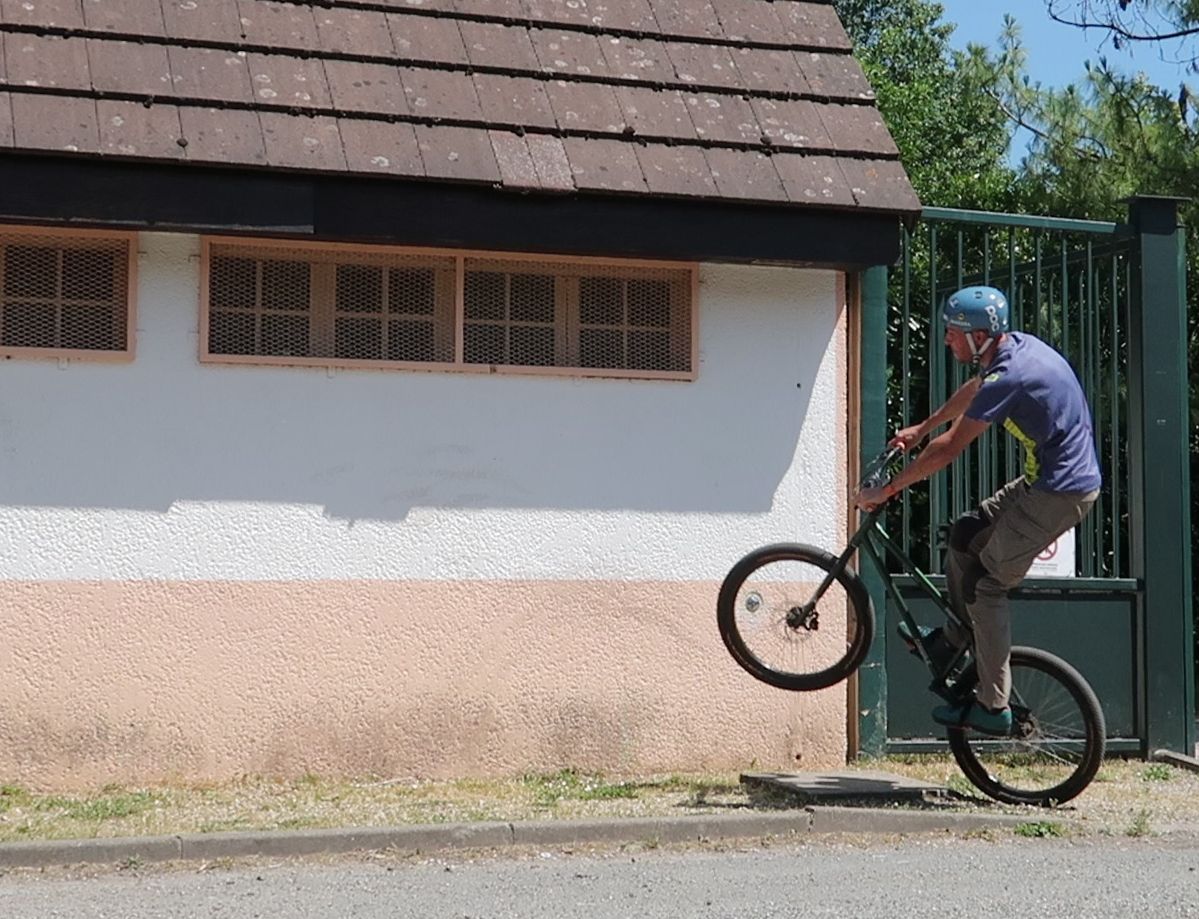 1° Riding at about 45° from its base, launch a bunny hop to get up to the vertical part of the wall, a bump boost will help. 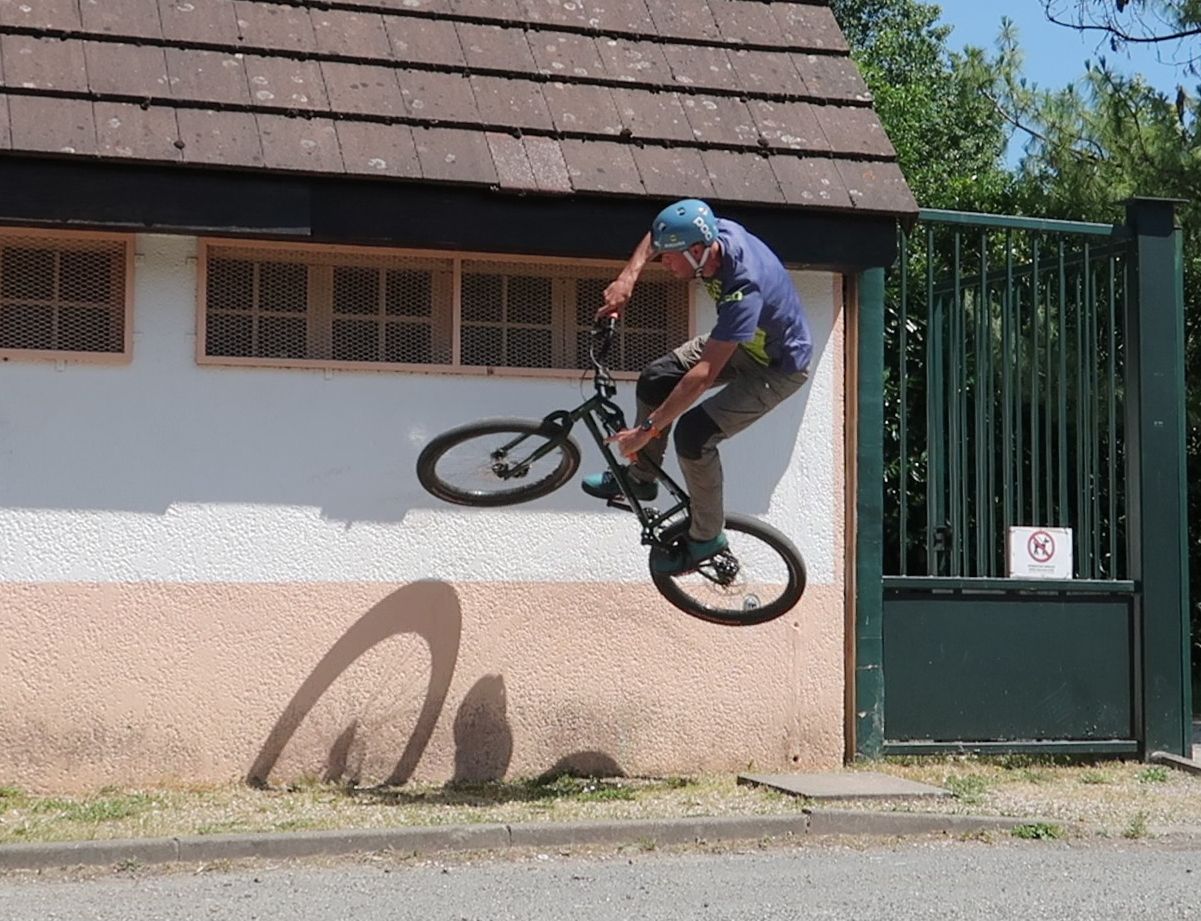 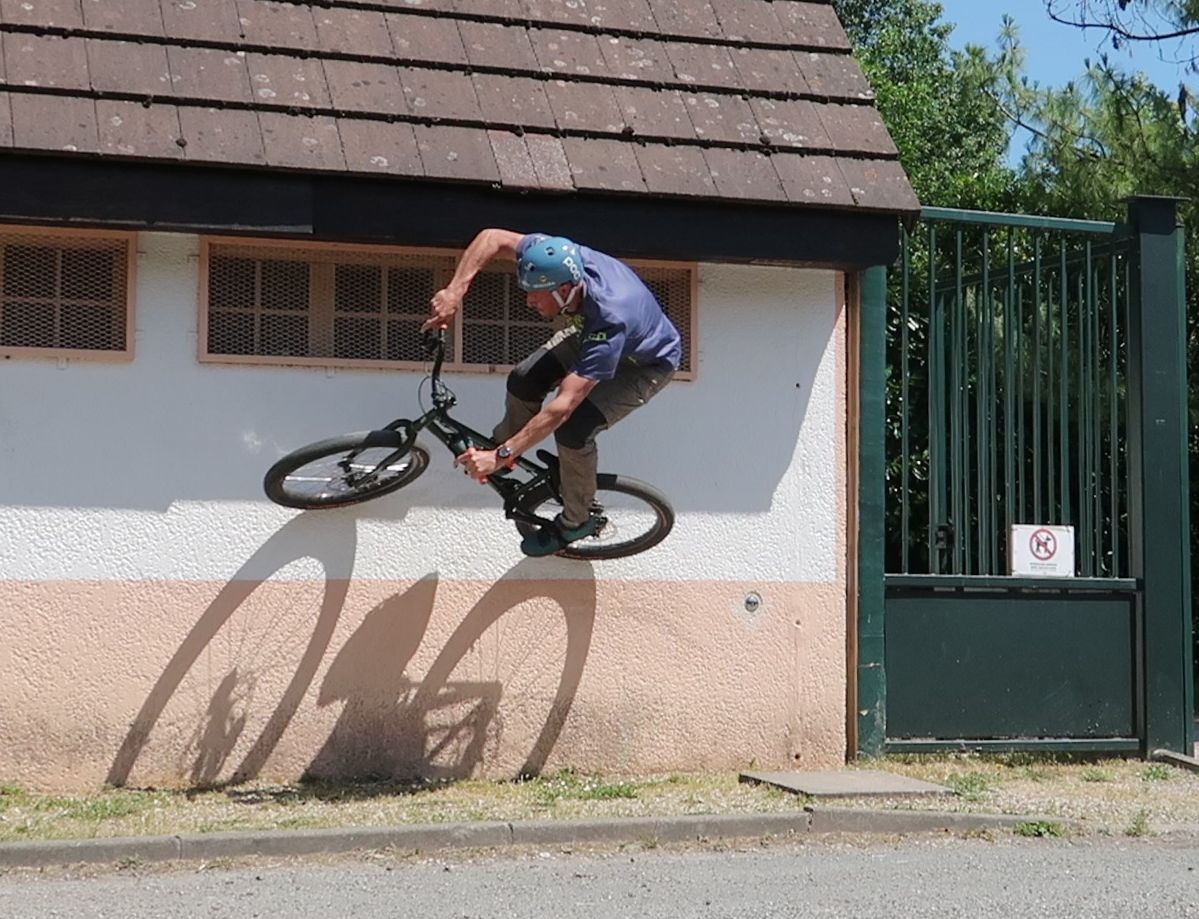 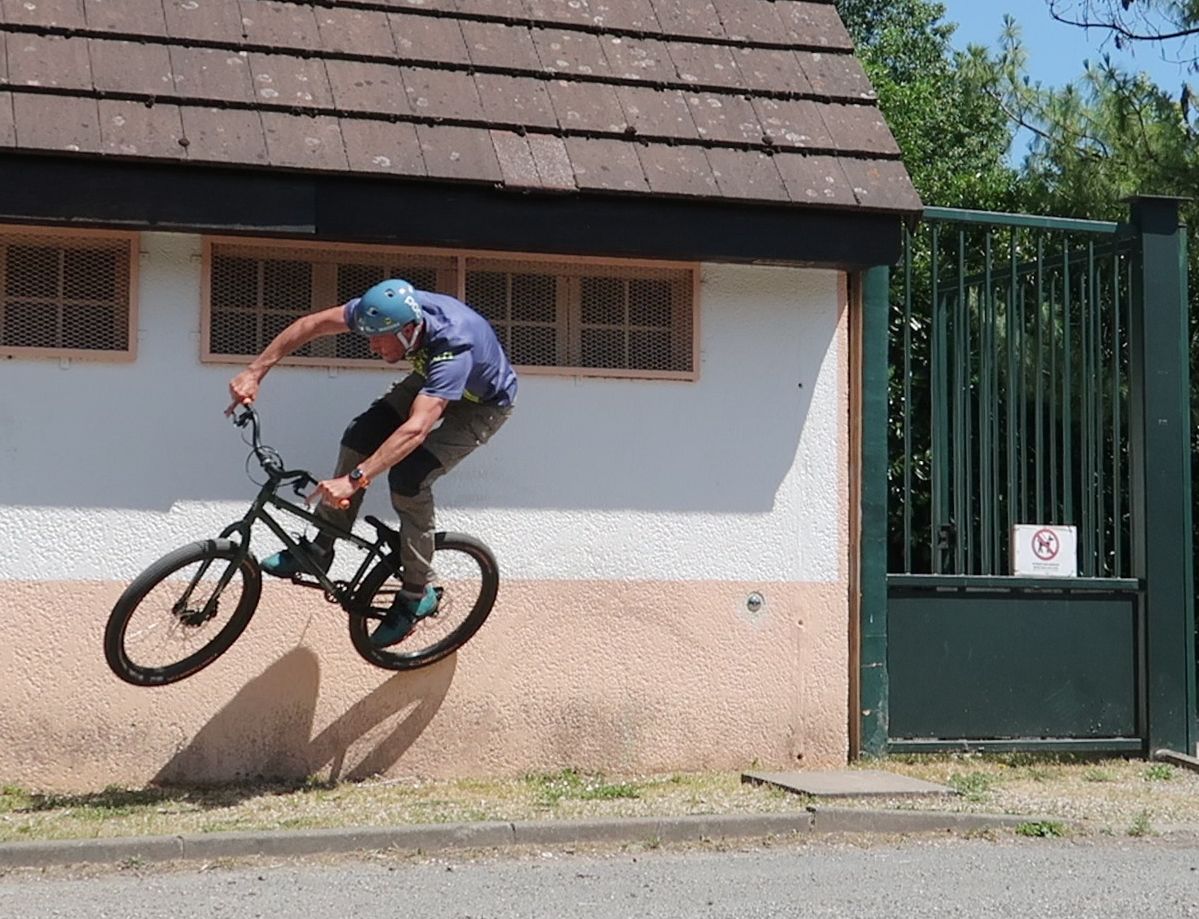 Once you manage a slanted bunny hop, use the same progressive grip-in, grip-out approach as described above. Remember, no grip = no ride. With their higher gear ratios, free riders and dirt jumpers can go much faster and often use a small ramp or bump to launch a massive jump. This leaves them enough air-time to position the bike correctly and perform impressive wall rides. 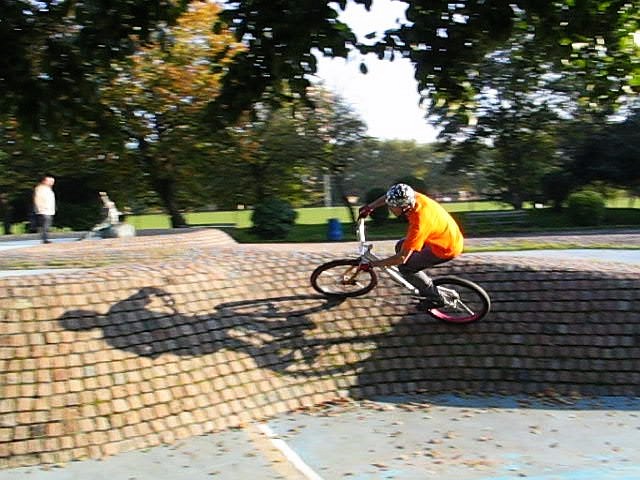 A large curve will boost your grip and speed.

If the wall is curved, riding inside the curve will boost your grip too. Once you understand the tricks that keep your tyres well stuck onto very steep slopes, you'll be able to ride up slanted rocks until you reach a more horizontal spot or some edge onto which to hook your front wheel. It will also help you for rolling up big obstacle.